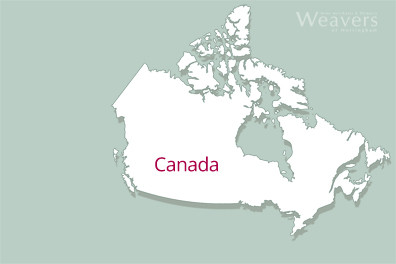 Canada is quietly attaining the status of a significant producer of quality wine.  Its climate is harsh, but pockets exist within this vast country to suit the production of a wide range of white wines and a surprising number of reds.

Riesling, Chardonnay, Pinot Blanc, Pinot Grigio, Pinot Noir, Merlot and even Syrah are achieving excellent results.  And with true pioneering spirit, the incredibly cold Canadian winters have been turned into an advantage: Icewine, based on the German Eiswein, is a New World star.  Whisky is also produced in the country.

The vine was introduced to Canada in the early part of the nineteenth century, but it was another hundred years before the wine industry really became established.  Ironically, almost unbelievably, it was Prohibition that brought this about.  In Canada this ran from 1916-27, but for some reason it did not ban the production, sale or consumption of wine and wineries actually increased in that time.  However, it was not until the widespread introduction of international vines in the 1970s that Canadian winemaking really took off.

Canada operates what may well be the most democratic and sensible classification system in the world.  The reason for this is that the Vintners Quality Alliance (VQA) will taste a wine before granting its seal of approval.  This will be black or gold, with the latter being awarded to especially fine wines.  There are two VQA categories - provincial and geographical (the most exacting) - each with minimum amounts of the stated grape variety and vintage that must go into each bottle of wine.  It is an excellent system for a country of modest and manageable production, but as yet only applies to British Columbia and Ontario.

In order to mitigate the worst of the weather, Canadian wineries are often sited near large and warming bodies of water.  This is an ingenious method of protecting the vines, and allied with the exploitation of many different microclimates - in Ontario, British Columbia, Quebec and Nova Scotia - it helps to ensure that international vines more suited to Europe are able to survive and prosper.  For Icewine, where the grapes are picked at -8°C and immediately pressed in their frozen state, only Canada can guarantee these conditions year after year after year.

Icewine is the flagship produce of Canada.  It may seem expensive, but the price of a comparable bottle of German Eiswein would have your head spinning.  Icewine's affordability is due to a consistency of climate that makes production possible every year and it has become one of the great sweet wines of the world.  These conditions can, however, also be a hindrance.  Red wines can be excellent but vary greatly with vintage.  White wines, generally much happier in cool weather climates, have enjoyed the greater success.