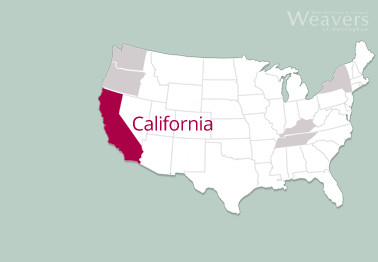 California has been producing wine for over 200 years, with European vines arriving via Central America, but only in the '60s and '70s did it start to produce wines of a sufficient quality to trouble the export markets and, in doing so, invigorate the rest of the world.

For the innovations and ideas that emerged from California at that time, in places like the Napa Valley, made the Old World realise just how far it was lagging behind and enabled the rest of the New World to see how it should be done.  Yet this was not just a short, sharp shock for everyone else, but the laying of foundations for a Californian fine wine industry that has continued to grow and dazzle to this day. The coastal zones, including the Napa Valley, Sonoma County, Monterey County and Mendocino, are responsible for the production of quality wines, while the Central Valley grows huge amounts of grapes that are largely destined for blending in everyday wines.  California produces about 90% of the United States' wine and yields three times as much as the whole of Bordeaux.

The style of labelling is historically as important as that of the wine in California. This vast region was certainly not responsible for initiating the production of wines from a single grape variety, but it did start the trend for stating them on the bottle. These so-called varietal wines were more understandable to the consumer than Old World appellations and have proved to be a stroke of marketing genius. They make the nature of the wine more apparent, and California has every style going. Red, white, rosé, sparkling and fortified wines are all to be found and are produced from a very wide range of European grapes. In addition to single varietals, which must be made up of 75% of the stated grape, a great deal of blending goes on in California.  This can lead to remarkable results, such as the famous Opus One, a blend of classic Bordeaux grapes.

Zinfandel is the flagship grape of California.  It has recently been identified as the same as the Primitivo of Southern Italy, but it arrived in California in the 1850s and has achieved its greatest expression here.  It is used to make a range of red and rosé wines.

Extremely varied would best sum these up, but a few key factors are worth pointing out.  Some of the coastal zones, where the best wine is generally produced, benefit enormously from sea breezes and daytime fogs that keep the vines cool and allow for a longer, more succulent ripening of the fruit.  They also have more rainfall than the Central Valley, where the soil is fertile but the heat rather harsh for the production of quality wine.