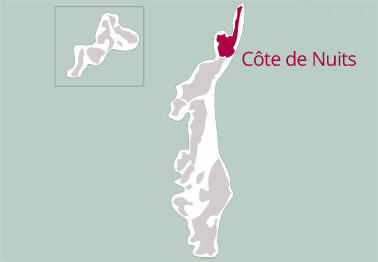 The Côte de Nuits is the northern half of the fabled Côte d'Or, the 'golden slope' of Burgundy, and is widely considered to produce the finest Pinot Noir in the world.  It is home to famous appellations such as Gevrey-Chambertin, Vougeot and Nuits-St-Georges.

Geography is imperative here but history, in the shape of roads and monks, has also favoured its rise to fame and fortune.

A major route across Europe has passed through the Côte de Nuits since ancient times, bringing expertise and ready markets, and the monastic communities that thrived in Burgundy from the 11th century to the French Revolution honed the process of winemaking to an art that we can still enjoy to this day.

Pinot Noir holds sway in the Côte de Nuits and this ubiquity is a clear indication of the excellence it achieves.  Individual appellations will vary in style, but elegance, complexity and excellent structure can all be expected.  The current trend throughout Burgundy is for light red wines with relatively low alcohol that will benefit from at least three years' ageing but suffer from more than 10.  A little rosé is produced from the same grape as the reds, whilst whites from Chardonnay can be found.

If the French as a nation love a complicated appellation system, then the Burgundians seem to positively adore one.  A PhD could be written, and probably has been, about the complexities that exist but a simplified version will have to suffice here.  There are four main levels of ascending quality: basic Bourgogne AOC; village AOC (e.g. Gevrey-Chambertin); Premier Cru (where village and vineyard are both labelled); and Grand Cru (e.g. Chambertin).  Côte de Nuits Villages and Hautes Côtes de Nuits, generally ranking below the village level, are other appellations that might be seen.  It is a generally reliable system, but the name of the producer will ultimately be a greater indication of quality.

These have been examined in fastidious detail and slope, soil and exposure are the three factors that will determine the appellation that a vineyard is allotted.  A south-eastern slope is necessary to take advantage of the sun this far north and exposure to hail and frost is a distinct disadvantage.  It is the soil, however, that plays the leading role in elevating the wines from good to great.  The Côte de Nuits is predominantly limestone but running through it is a layer of marl, a clay soil with mineral deposits, that the Pinot Noir grape is particularly happy to grow in.  The Grand Cru vineyards are generally sited on the marl soils. 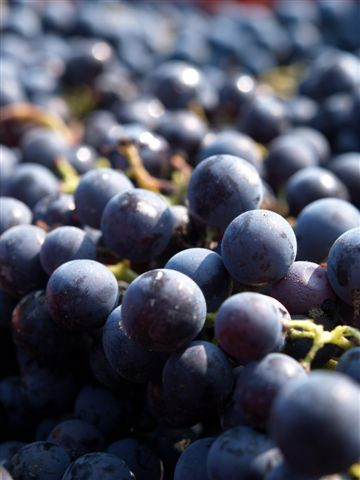