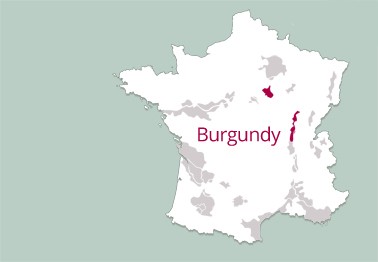 The wines of Burgundy are legendary for character, price and the apparent antiquity of production. There are no corporations controlling the region and so little is cheap and predictable. A bottle of burgundy will often amaze or occasionally disappoint, but never be dull.

French inheritance laws ensure that small producers still thrive, alongside the larger négociants that buy in their grapes, and where some almost always excel there are those who are rather more hard to pin down. The name of the producer, which appears in smaller print than the appellation on the label and is traditionally regarded as of lesser importance, is often the real key to quality in Burgundy. When they succeed, their wines are sublime.

Chablis is always white and has two personalities, determined by whether oak has been used in its ageing. The district is split between those who insist on it and those who regard it as the work of the devil. The only way to tell is by asking. For other whites, as a rule, the Côte d'Or will use oak and elsewhere will not but the label will never divulge. Yet irrespective of wood the Chardonnay grape is extremely adaptable and different districts have their very own characteristics.

In a red burgundy the grape will shine through, being subtle, sensuous and strangely sweet when produced to its potential. Beaujolais wines are red, fruity and light.

Burgundy is regarded as the home of Chardonnay and Pinot Noir and these two grapes make most of the wines of the region. The rest of the world strives to replicate the styles they produce here.

Gamay is the grape for Beaujolais and the minor white grape of Aligoté also appears. Small plantings of Pinot Blanc are found mainly in the south.

The importance of terroir reaches mystical heights throughout the vineyards of Burgundy. This delicate combination of soil, aspect, topography and something indefinable accounts for the complexities of the appellation system and the variabilty of the wines. It is one reason why the great and the decent have each other for neighbours.

Burgundy, climatically, is marginal land for the growing of grapes. Frost, heavy rainfall, hail and not enough heat will regularly have an impact. Chardonnay is a hardy little grape that will take all of this in its stride, but Pinot Noir is altogether more delicate and vintages vary enormously in quality. When things come together, however, the results are amazing.

The Role of the Winemaker

This, obviously, is always imperative for every winery in the world, but Burgundy plays by its own set of rules. French inheritance laws established under Napoleon require land bequeathed to be equally split between all of the children. In Burgundy, where the land is so fruitful and prestigious, this has been applied with rigour. Individuals, as a consequence, may own only a couple of rows of vines within a vineyard. This has led to two very different styles of winemaker.

The first of these is the individual producer, the person who owns the vines, and whose wine will often be labelled Domaine on the bottle. In the right hands these are superb, and often exclusive, but some individuals have neither the resources nor the expertise to maximise their grapes. Secondly comes the négociant, a larger-scale operator who buys in grapes to blend and then bottles them under his own name. Some are excellent, others less so, and as with individuals the name of the producer is of utmost importance.

Influence on the World

The Chardonnay grape has spread from its home in Burgundy and conquered the world. It is hardy, tolerant, adaptable and eager to please and so its widespread success is no great surprise. Many, however, would say that it is still at its best when it comes out of Burgundy.

The worldwide adoption of Pinot Noir is a different story altogether. It is a trial to grow and elusive to master, but everyone seems to be having a go. The reason for this is quite simple: there can be no greater accolade than to create a Pinot Noir to rival red Burgundy. 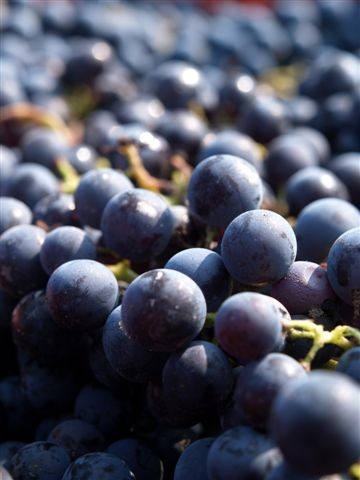