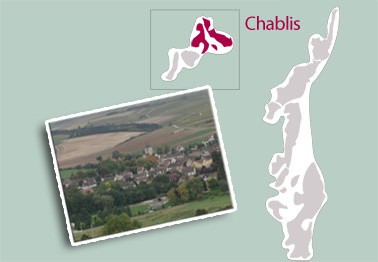 Named after the town in its midst, Chablis has long been a region known for its wines. Technically part of Burgundy, it is actually separate from the rest of the region and not very far from Paris.

This proximity to the capital is crucial for two reasons: it has been a ready market for over 1,400 years, and the limestone soils of the Paris Basin give the wine its inimitable style. The district is classified into four zones of ascending quality: Petit Chablis, Chablis, Premier Cru and Grand Cru.

Only one grape variety is present in Chablis, and that is Chardonnay. It may have spread across the globe, but this part of the world (Burgundy and Champagne) is its home and still considered by many to produce its finest examples.

Two distinct styles are present in Chablis, and the use of oak is what sets them apart. Traditionally it was the only material available for vinification and maturing, and was therefore an intrinsic part of the wine, but the development of stainless steel tanks changed all this. Many producers believed that the new material allowed the flavours and nuances of the terroir to come to the fore and make the wines unique, whilst others maintained that oak gave richness and complexity. The debate still rages, and though both styles are common it will not be evident from the label which is adhered to.

The geology of Chablis is all-important.  Kimmeridgian limestone, named after a Dorset village and very high in marine fossils, gives the wine its remarkable flint and mineral qualities.  Regarding the climate, the district is northerly and prone to devastating spring frosts.  Some producers use heaters in their vineyards to protect their precious grapes, but the carbon footprint of Chablis is not for discussion here.

These appellations, where they apply, will be prominently displayed onthe label. 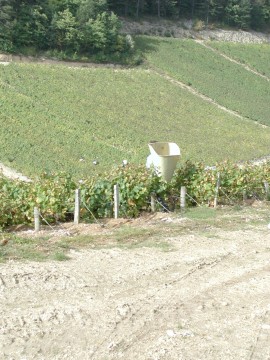