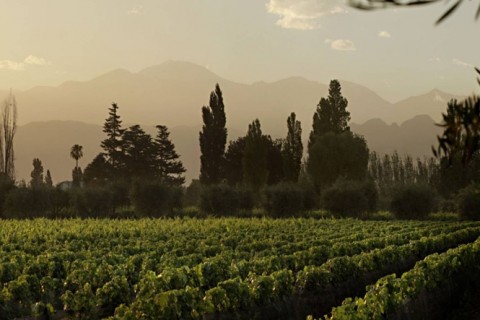 A haven in the 1990s for those with an eye for everyday drinking at great value prices, Chile has kept this string to its bow whilst producing ever more quality wines with exciting potential.

Cabernet Sauvignon remains at the heart of the industry, but Chile is proving to be an accommodating home for a suite of Old World varieties.

It also has its very own grape, the Carmenère, which is all but extinct in its native Bordeaux.  The sky, it would seem, is the limit for the wines of Chile.

The Spanish may have imported the vine along with conquistadores, but it took the arrival of the French for wine to take off.  Their culture was much in vogue in the Chile of the 19th century and French winemakers were encouraged to impart their ideas.  This sowed the seeds of prosperity and, when the worldwide epidemic of phylloxera did not make it to Chile, everywhere was suddenly demanding its wine.  However, politics ensured that this golden age was lost and it was not until the fall of Pinochet in 1989 that exports took another spectacular turn.

A system does exist, named the appellation contrôlée in deference to the influence of the French, that divides the wine country into region, sub-region and zone.  As with elsewhere in the New World, it is delimited by geography rather than tradition and has little real significance to the consumer as yet.  However, as the Colchagua Valley zone within the Rapel Valley sub-region of the Central Valley region begins to flourish, the signs are that one day the classification will carry some weight.

Known for being exceptionally long and thin, only the middle third of Chile produces quality wine.  Of more significance is its position between the Andes and the Pacific Ocean and the variations in altitude, temperature and rainfall this brings.   The majority of wine regions are hot and dry in summer, harnessing snowmelt from the mountains to water their vines, but cooler climates are being explored with immediate results.

Chile continues to produce value for money, enjoyable wines that are the envy of the world.  What they have started to do is add genuine quality and diversity to their range.  Cabernet Sauvignon and Chardonnay remain at the core, but Viognier, Gewürztraminer and, most successfully, Pinot Noir are emerging.  Carmenère, only identified as distinct from Merlot in 1994, has given the country a grape of its own.  Most exciting of all, domestic consumption remains low and so most of this wine will keep coming our way. 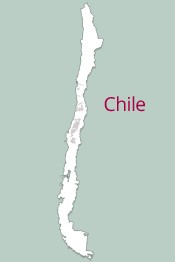