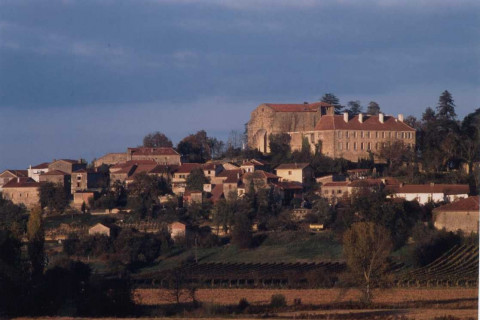 The Forgotten Grapes of Gascony

In the Southern French vineyards of Saint-Mont, there is a group of winemakers who are committed to preserving the heritage of the region through cultivating the grapes of their forefathers. They produce high quality wines using the same techniques and practices which sufficed for centuries before the introduction of modern technology.

Some of these techniques include bottle aging wines by burying them in the cool earth of the vineyard rather than building extensive cellars, and burying bulls horns full of dung among the vines in order to fertalise the soils.

Wine has been produced in the South of France for many hundreds of years and, as I'm Sure you can imagine, the way in which these vines are produced and consumed has changed drastically over the years.  In the past there were hundreds of varieties of grapes which would go in to wines simply labeled Vin de Table (table wine). These were usually grown in tiny, untidy plots and tended to by a single individual or family and bought by winemakers to make up part of their final blend. In modern times however there has been a trend towards producing wines of a single type of grape variety and labeling it as such and this has led to the landscape being dominated by large vineyards dedicated to a single variety and the extinction of these lesser known varieties.

There are however still small pockets of vines nestled between these large commercial vineyards which oenological conservationists such as the team at Plaimont are dedicated to seeking out and preserving.

Whilst Tannat was most famous for being the principle component of Madiran, wine plantings worldwide actually reached a low of less than 3000 hectares in 1988. Thankfully Saint-Mont producers such as Plaimont stepped in and started cultivating the grape to make single variety wines as well as blends like the one in this month's case. The inherent astringency of Tannat is mitigated in this wine by a generous helping of Merlot, creating a soft, velvety wine with plum and black fruit flavours. Perfect with casseroles and stews.

Colombard is another variety which despite having a long hayday in the Charantais region of France, production had stilled almost to a halt. The culmination of this was when in the 1970's almost half of all plantings were pulled up to make way for other, more internationally marketable varieties. Once again concerted efforts from a small group of winemakers have brought this variety back to life, and fresh zesty Colombard is being produced once again. 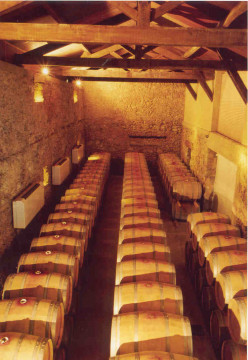