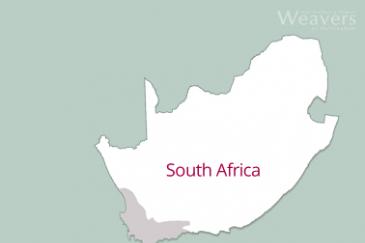 When South Africa emerged from apartheid so did its wines. Since 1990 it has become the eighth largest producer in the world and its wines are improving all the time.

Chenin Blanc, known in South Africa as Steen, is widely planted and eminently drinkable and has been joined by Chardonnay and Sauvignon Blanc as the key white varieties.  Red vines are being more widely planted and international varieties such as Cabernet Sauvignon, Merlot and Shiraz have all found places within the varied climate to thrive. It is the indigenous Pinotage, however, that flies the flag and gives South Africa an important grape of its own.

Apartheid may have been something of a watershed, but South Africa has been producing and exporting wine to great acclaim since the late seventeenth century.  The Dutch East India Company introduced the vine, and the making of wine, in the belief that it combated scurvy, and the industry has never died out.  It has, however, suffered many a setback.  The collapse of the 19th-century export market to Britain, phylloxera, war, overproduction and the rise of an all-powerful, government-backed cooperative (the KWV) all dented quality and demand and it is only since 1990 that the wines of South Africa have become competitive and desirable once more.

In common with much of the New World, South Africa operates a classification system that is simpler, less revealing and more flexible than the major wine-producing nations of Europe.  It is the Wine of Origin system and it was introduced in 1973.  There are four regions - Coastal, Breede River Valley, Klein Karoo and Olifants River - that are divided into districts that are sub-divided into wards.  In a country where the climate and conditions are so varied, a geographical system such as this makes sound sense and the different classifications are not entirely arbitrary.  In addition, 85 percent of the grape variety and vintage must be that which is stated on the label.

Diversity of climate, a new breed of winemaker, acceptance of international grape varieties and a willingness to persevere with their own established heritage means that South Africa today has a host of exciting and ever improving wines.  Favourite international grapes may be achieving the most immediate results, but Pinotage and Chenin Blanc are producing good wines that in the right hands may even aspire to greatness.