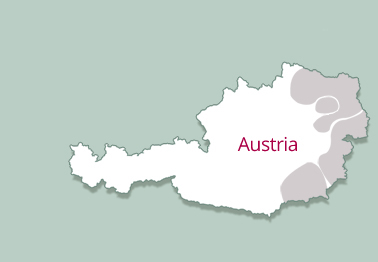 We may know of Austria primarily for skiing, and if we have our way it is  time their wines to eclipse this.  Sumptuous dessert wines have brought it to international attention, yet its dry whites and unusual reds are also worthy of serious note.  Grüner Veltliner, Blaufränkisch and Zweigelt may not exactly trip off the tongue but coming from the vineyards of Austria they are grapes to be savoured.  Riesling, more in the vein of Alsace than Germany, thrives here as well.