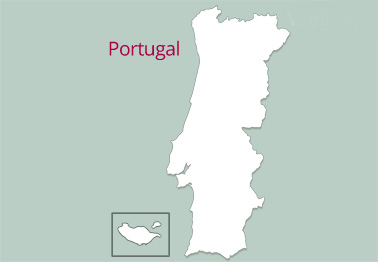 The people of Portugal are the second-largest consumers of wine in the world, a fact unsurprising in light of the quality and aplomb of the wine produced there.

Port and Madeira may hog the headlines, but red and white wines of great character and distinction are produced all over the country. 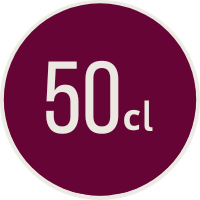 Portugal is notable for resisting the world-wide trend of adopting international grape varieties and, accordingly, indigenous vines are responsible for almost all of its wines. Some of these vines are superb, but rarely have they travelled successfully abroad, and this makes Portugal a unique place to explore.

The history of Portuguese winemaking bears many similarities to that of Spain. The Phoenicians, the Greeks and especially the Romans established it here, a mid-20th century dictator damaged it hugely, and only since entry into the EU in 1986 has it revived. It may have been the British, however, who shaped it the most.

When Napoleon threatened the white cliffs of Dover, he inadvertently popularised Port and Madeira in Britain. Port, in particular, was already known at the Georgian table but when Bordeaux and Burgundy became out-of-bounds in the early 19th century demand for it rocketed. The fortification of these wines, so integral to their essence, was an innovation intended to preserve them at sea on their way over to Britain.

Paradoxically, the Portuguese system of classification is both one of the oldest and one of the newest, certainly in Europe. In 1756 the prime minister drew a line around the Douro to protect the quality of Port, but few further strides were taken until entry into the EU in 1986. At this time a system was drawn up in imitation of France's, but which suffered from all the bureaucratic inflexibility of the Italian attempt. Only time will tell whether the system comes to reliably indicate quality.

By a wonderful quirk of nature, Portugal has a varied climate working with a topography that frequently makes anything but vines a nuisance to grow. The Atlantic coast is wet, cool and a land of light reds and whites. Inland is particularly known for its reds, and in the high, hot north they can be powerful and impressive. It is here, in the inaccessible, inhospitable Douro, that the grapes for Port are grown.  On the volcanic soils of Madeira, irrigation is necessary except up in the clouds at high altitude.

Portugal, with its suite of indigenous grapes, traditional techniques and thirsty inhabitants, and with the exception of Port and Madeira, has always produced wine for itself instead of the world. Yet this is beginning to change, and the good news for the consumer is that the transformation does not involve vast plantings of international vines that have spread elsewhere in the world. Individuality has been preserved, and Portugal is improving and exporting whilst retaining its traditional and inimitable character.