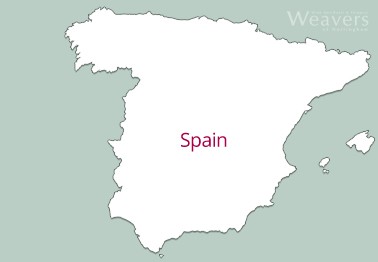 Spain has many claims to fame when it comes to wine: Europe's highest vineyards, the world's best-selling sparkling wine in Cava and, in Sherry, a venerable fortified wine enjoying a well-earned renaissance.  It is the home of Rioja and Ribera del Duero, world-renowned wine regions, and Spain is planted with a greater area of vines than any other country in the world.  Yet these names and statistics only hint at a viniculture both traditional and dynamic, where native and international grapes are treated in the most modern of ways to capture their essence.  Spanish wine is now achieving variety, excellence and style.

The vine arrived in Spain on the ships of the Phoenicians long before it took root in the soil of France.  The Greeks made wine on the Mediterranean coast and the Romans intensified the process to quench the thirst of its legions.  The Moors brought the knowledge of distillation, which aided the export of sherry, but cultivated grapes mainly as food.  Spanish viticulture prospered for a short time in the nineteenth century when the phylloxera plague fanned out across Europe, but the root-eating insect managed to cross the Pyrenees and wrought havoc here as well.  Only recently, with the fall of Franco and entry to the EU, has Spain begun to realise its enormous potential.

Spain, remarkably, has devised a system of classification that is actively seeking to rival the French in complexity.  The Denominación de Origen (DO) is the standard classification of a quality wine, but there are two higher and three lower levels in use.  All have been designed for the benefit of the consumer and once understood are an invaluable guide to the wine.

Spain is very varied in its climate and topography, having a great diversity of warm and cool, wet and dry, and high- and low-altitude vineyards.  This allows a vast range of styles to be produced for local and, increasingly, international enjoyment.

Outside of Rioja, which has long enjoyed a fine reputation and an export market to match, Spain only recently awoke to its own vast potential.  Realisation began with the fall of Franco's government and the country's integration back into Europe.  Ideas and expertise were encouraged in the 1980s and helped to develop ambition and excellence.  Increased investment and regulation of standards are ensuring that Spain is consistently producing a suite of world class wines.  Even Sherry, so maligned and unfashionable, has recaptured the qualities that once made it so popular.  Spain is a country to explore for the old and the new.